DC Comms is a PR agency that delivers on the earned media component of your communications strategy.

His focus since 2013 has been the advertising technology and digital marketing sectors across Australia, New Zealand and Southeast Asia. Duncan deploys his media skills to make an impact for your brand. 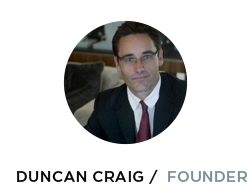 Duncan is an experienced technology public relations executive, having executed communications campaigns for software, technology, and digital companies for a decade.

Duncan worked for Australia’s largest public relations agency in Australia, Professional Public Relations, from 2006 to 2011, where he led the corporate technology PR practice. He formed DC Communications in 2012 and works closely with technology companies to get their story out via the media and other communications platforms. He focuses on media relations in Australia and Southeast Asia.